My name is Esben, I am 40 years old. I am trained as an NLP-Coach and NLP-psychoterapist and have been coaching since 2011. 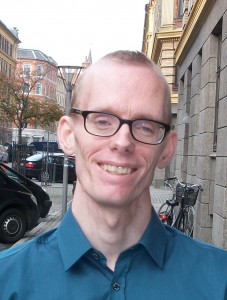 My main focus is my work as an independent coach for individuals and businesses.

In addition, I work as a career coach for Crown Relocations in Denmark. When people from anywhere in the world are stationed in Denmark they often take their family and partners with them. It is  my job to help the partner of the expat to clarify his or her career opportunities in Denmark,

I work at “Livslinien” where suicidals can seek help. I help the suicidals to see options they have overlooked in their emotional chaos.

My coaching is in compliance with international standards of professional coaching, and I have acquired the title of Associate Certified Coach from the International Coach Federation.

Furthermore I take courses in psychology at the University of Copenhagen.

I have a Bachelor’s degree in Philosophy, a PhD degree in IT and have worked in the IT industry.

Esben as a person

I live at Vesterbro in Copenhagen and am very fond of the opportunities Copenhagen can offer. I love to travel, and have hitch-hiked around in Europe. And among other places I have traveled in Israel, Palestine, India, Senegal, Kenya, and Tanzania – usually staying with locals using Couchsurfing.

I’m good at listening and am calm and open minded. I’m positive and always ready with a comment, that makes people smile and relax. I am interested in mindfulness and  do mindfulness meditation on a daily basis. It motivates me to explore new opportunities for change and expansion, both in my coaching and in my private life. 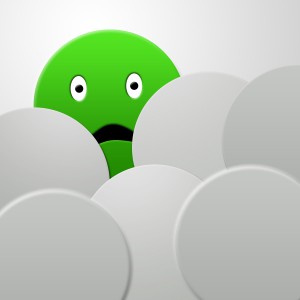 If you saw me from the outside 5 years ago, you would see a well rounded person. I had completed a ph.d at the University, had a well-paid IT job and was involved in many projects. I was among other things known to be structured, good at taking initiatives, listening, empathic and one who supported other people’s confidence in themselves.

I had, however, one area in my life, which was not working. It was to do with social situations. As long as I worked together with others, it went fine. During breaks, in the informal social contexts, I felt hesitant, over analytical and stuck. It had always been like that, it had made me believe, that it was my share in life to have difficulties with other people socially.

At the professional level and externally I appeared self confident. However, there was also another part of me, who spent vast amounts of energy to consider what others thought of me as a person. Often I thought that others didn’t like me and was thinking about what I had to do to make them like me. I had known for long that my problem was that I was thinking too much and talking too little. I was simply so busy trying to think and analyze, when I was with other people, that I did not have time to do anything else. The more I thought, the more difficult it was for me to commit myself in social contexts. I knew what the problem was, but saw no solution.

When I started working as a coach, I changed the perspective on my challenge in a radical way. I am a social person who just had to develop some social skills. I began to look for manageable changes that could be used to hone my social skills.

I chose to have some milestones:

While I had these goals in mind, I decided to go for simple, concrete changes in my behavior. The simple steps included:

While I was taking these concrete steps, I noticed that I approached my goals. My behavior changed, and I did things I would never have done before. My former fear about what other people felt about me decreased, and was replaced by an experience that my surroundings were accepting me, as I was.

To keep a conversation running

A specific challenge I had was talking with a single person in  social contexts. After we had exchanged factual information about work, home and family, I ran out of things to say. Then there was an embarrassing silence, I began to look for a panicky excuse to get away. Instead of thinking like crazy of what I should say, I began to focus on listening with interest to what the other person said and ask interested questions. This shift in focus completely changed the conversation. Suddenly I found myself in a lively conversation, where there was plenty to talk about.

To take initiatives towards others

I’m still the same person as I was before I took up the challenge. All the positive qualities I had before. are still an important part of me – which both others and I appreciate. The difference is that now I have some skills and a confidence within social contexts, which makes it possible for me to do things I was not able to do before. My development is still in progress. Currently I am practicing doing more things that make me happy and to separate work and leisure.