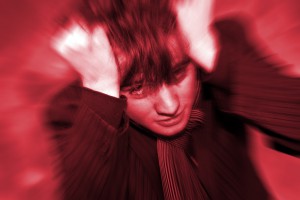 Stress is typically caused  by a sustained impact from external factors. It can for instance be caused by working under pressure and poor management at the job, a stressful family life with conflicts or economical problems.

The word stress is used for everything from having “a stressful day at work” to having “a major stress collapse”. It is something that slowly develops over time.
In many cases, severe stress is the cause of anxiety attacks, confusion and depression.

Working with stress will typically take place within three areas:

Coaching in action – a stress collapse

On a Sunday morning I received a phone call from a severely confused man, who was trying to tell me five different things at the same time. In all he told me, I sensed a fear of the future, doubt and confusion. He also told me that he suffered from regular severe anxiety attacks. He said that he did not understand what had happened to him, and that his natural emotions were completely absent.

After helping him to calm down, I began to separate his stories from each other over the phone, which took the top of his confusion. I then persuaded him to report sick on Monday, and meet up with me instead of going to work. When we met, he told that he had resigned from his current job last week, and was going to start in a new job next month, and this contributed to his anxiety. We found out that it was actually possible for him to cancel the job transition, which removed a major stress factor.

I then started to explain what anxiety is, and how he could take the top of anxiety, based on his personal experiences. We also talked about what had happened, and he told me that for a longer period of time he had been working 70 hours a week. It then became clear that he suffered from stress triggered anxiety. There also emerged a deeper cause,  a rule of living: I’d rather feel bad about myself than risking to disappoint others. When we completed our coaching he was working part time in his old job. He said himself that he was very tired after work, but that he felt good about being back. He felt that he was slowly regaining the version of himself, he knew.

Continue to anxiety and worry