Problems in relationship in short 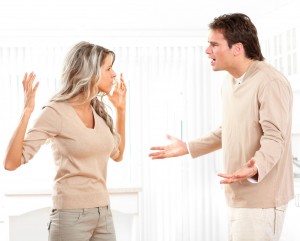 If you want to improve your relationship, it can often make good sense to discuss some of the things that make you distressed.

This can best take place individually, where it will typically be part of a more general theme, as in the example below. If you meet up with your partner, the typical focus will be on ways to improve your communication and help you to respect each others’ differences. Often problems of a sexual nature will be included in the discussions.

A woman who contacted me started our conversation by saying that she wanted help to decide if she should leave her boyfriend through 5 years. She added, “right now, I want to leave him”.

We examined what positive emotions her partner awoke in her, and how he drained her energy. There began to emerge a picture of how things went wrong between them. One of their main differences was that they had made some agreements, which he had not lived up to in her opinion. They had agreed to move together. This would require that her boyfriend sold his house, which he kept postponing. The woman lived a great deal of her life at her boyfriend’s and was tired of “living in a sports bag”.

It turned out that the important focus for her was to learn how to say no and to go for the things that made her happy. Our work with this issue created changes throughout her life. One of the changes was that the roles in her relations were reversed. In her relationship it was now the boyfriend who lived at her place. He was for the first time ready to sell his house and move along. To her surprise, she now felt that he was almost moving on too fast.

We agreed that we completed our coaching, and that she went into couple therapy together with her boyfriend. Since I could not appear as impartial after our couching sessions, we agreed that they contacted some one else.